Shrink film presents numerous amount of qualities, so many that it has become the industry leading PVC film.

Reynolon PVC shrink film is used for over-wrapping a variety of applications in the packaging industry, such as contract packaging, textile, print, aseptic, and food and beverage. This type of PVC shrink film presents an innumerous amount of qualities, so many that it has become the industry leading PVC film.

Throughout the years, this PVC shrink film has shown high puncture resistance and incredible strength, allowing for superior protection, even over unsupported areas of the product. The greater strength indicated by the Reynolon PVC film guarantees that packaging is secure from marks and abrasions and is able to protect even delicate and heat-sensitive products.

Due to its composition and versatile properties, Reynolon PVC shrink film can virtually fit any shape, including irregular and high-profile ones. Because of its extreme flexibility, this shrink film can create bags in an array of shapes and sizes, allowing it to be a great alternative to costly vinyl bags. The elasticity of the Reynolon shrink film also ensures that wrinkles are minimized, gaps in the packaging are eliminated and flexible office supply products aren’t curled, allowing to save on expensive backing boards.

In addition, this PVC shrink film offers packaging with sparkling clarity and excellent gloss, making for eye-catching retail displays and achieving a super appearance with high integrity for multi-packs.

Reynolon PVC shrink film is also sustainable. Most of the PVC resin comes from salt, which is a resource that’s abundantly present in nature. Moreover, the plasticizers, which are used to alter the state of PVC and make it flexible, are organic substances that derive from renewable resources, such as soybean oil and tree oil. What adds to the sustainability of the Reynolon PVC shrink film is that it requires less energy to wrap products, as well as less packaging material due to the PVC’s lower and customizable shrink force or preferential shrink.

As a matter of fact, Reynolon shrink film is able to provide higher performance efficiencies from the production to the delivery process. This type of shrink film seals at lower temperatures, allowing to providing energy cost savings. Because of its versatility, it also guarantees faster and smoother changeovers from one product to another on the wrapping line, increasing productivity. As mentioned, cost efficiencies continue even after the production process, when there are less damaged goods because of the film’s exceptional protection. 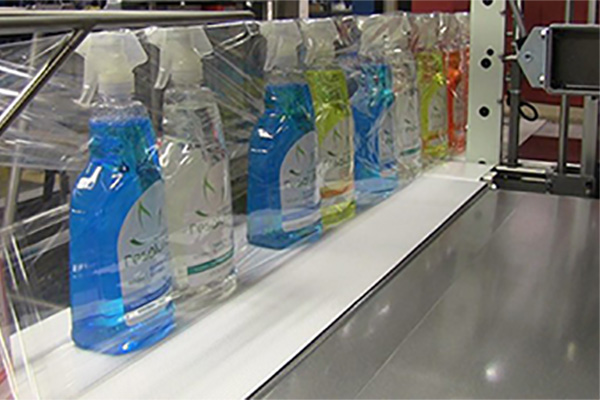 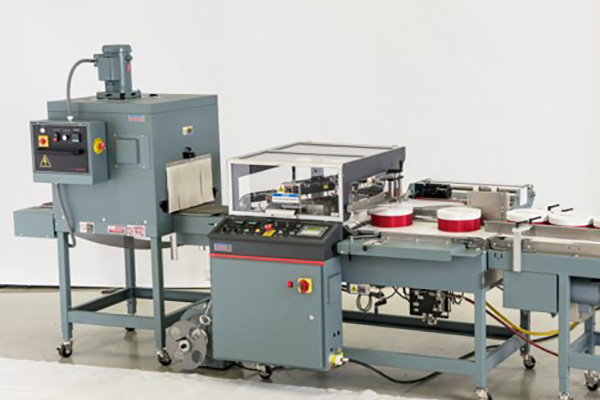